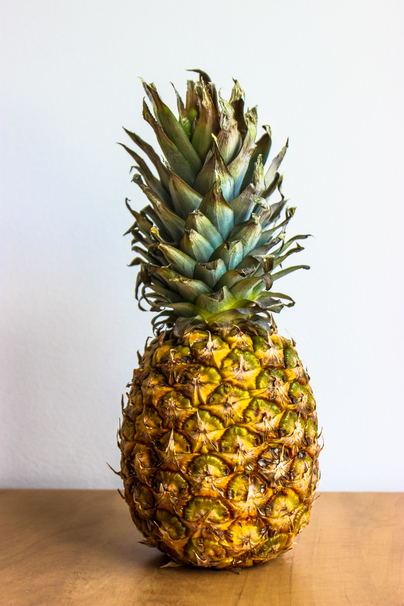 Food and fashion aren’t often considered together. Even less often does one we consider that such a boundary exists at all. However, as the climate crises accelerates, industries further and further from the fossil fuel epicenter have become more interested in mitigating their own environmental impacts. With the U.S. generating 11.3 million tons of landfill-bound textile waste in 2018, there’s no question that the fashion industry had space to become more environmentally friendly. In fact, before we know it, sustainable fashion may be the new “it” thing.

To confront this issue, several designers have discovered ways to turn various forms of food waste into biodegradable textiles. This innovative sector serves as a double-edged sword to battle the climate crisis. First, it repurposes neglected resources that would otherwise be relegated to the landfill to create a regenerative, rather than extractive, system of production. Second, any textile waste of this sort that does reach the landfill will break down more quickly and release fewer greenhouse gasses than do conventional textiles.

Many of the brands — such as H&M and Tommy Hilfiger — have begun to explore food textiles that are on the pricier side. But as higher-quality products, these pieces can be considered a multi-year investment rather than a mere trendy seasonal piece. Here are nine foods that are being given a second life in the fashion industry:

Frumat is a leather-like material made from apple skin and core waste generated by the apple industry. Conceived by an entrepreneur from Bolzano, Italy, Frumat is smoother and more leather-like than comparable leathers made from pineapple waste. However, because it is composed of both apples and polyurethane, Frumat isn’t completely biodegradable. That said, Technofashion World reports that it’s just as durable as leather and because it’s vegan, it’s completely cruelty-free.

Since Frumat can be made into varying textures and thicknesses, it can be used in several different types of products, like shoes and bags. In 2018, the material gained attention when it won the technology and innovation award at the Green Carpet Fashion Awards. Frumat’s also made a recent appearance: as part of his 2020 “Zero Waste” collection, Tommy Hilfiger used Frumat in a pair of sneakers.

Pinatex is a material made from the cellulose fibers of pineapple leaves and, similar to Frumat, serves as a leather alternative. According to its website, Pinatex was developed in the 1990s by Dr. Carmen Hijosa, a leather-goods expert, who was disheartened to learn of the environmental impact inherent to mass leather production and chemical tanning. In response, she set out to build a circular economy by creating a sustainable leather alternative. Not only does Pinatex repurpose pineapple leaves that would otherwise be wasted, but it gives farming communities another marketable product and income stream.

Making Pinatex takes roughly 480 pineapple leaves and some corn-based polylactic acid to make a square meter of fabric. That’s it. No extra water, land, or fertilizer. According to its website, so far, Pinatex has stopped 264 tons of CO2 from entering the atmosphere since 825 tons of waste leaves have been reused instead of burned. Because of the material’s distinctive texture, suppleness and durability, Pinatex is perfect for shoes and bags. Several big brands like H&M, Hugo Boss and Paul Smith have begun to use the material in their products.

When it comes to leathers, there’s no shortage of plant-based alternative options. In addition to apples and pineapples, mushrooms can be used to create leather-like textiles. Mycelium, also known as mushroom spore, is the threadlike roots from which mushrooms flower and can be made into a textile called Mylo. Mylo was created at a California-based start-up called Bolt Threads, who now has investment partnerships with Stella McCartney, Adidas, Lululemon and Kering. Hermes has partnered with another start-up called Mycoworks to incorporate Mylo into its products. In March 2021, Stella McCartney unveiled a Mylo black bustier top and utilitarian pants and in April, Adidas announced they would be producing a Mylo Stan Smith sneaker.

According to Dezeen, a design magazine, Mylo is better for the environment because the production process emits fewer greenhouse gases, consumes less water and uses fewer noxious chemicals than conventional leather. However, fungal textiles aren’t easily accessible or fully biodegradable (yet), but since Mylo only takes days, rather than years, to produce, many Mylo producers hope that its widespread use within the fashion industry is not too far off.

For most caffeine-driven college students, the coffee grounds dredged from the bottom of their french press are destined for the trash can. However, in another life, those grounds could be turned into the superman of recycled textiles. S.Cafe is a tech startup that turns coffee grounds into yarn. They claim that their yarn absorbs odor, reflects UV rays and dries 200% faster than traditional cotton. Asics, Fjallraven, New Balance and Timberland are all notable brands that have partnered with S.Cafe.

QMILK is a fabric made from a protein found in spoiled milk. The company, also named QMILK, claims that the production of QMILK generates zero waste, uses no harsh chemicals and uses less water than conventional fabrics. QMILK can be turned into either yarn or felt and can be spun with other materials for further versatility. According to Eco World, milk fiber is naturally antibacterial, making QMILK an ideal fabric for underwear. It is also desirable since it regulates temperature and easily absorbs water.

Italy is known for fine wines and fine fashion. In recent years, an innovative startup called Vegea based in the country has begun to blur the boundary between the two goods with their leather alternative: Vegea. Vegea is made from grape skins, seeds and stems — all waste by-products of the wine industry. This waste is blended into a pulp that is later mixed with vegetable oil and polyurethane. The resulting concoction can be coated onto cotton, giving it a leather-like finish. Vegea is arguably less environmentally friendly than Pinatex, Frumat, and Mylo because it is not biodegradable and is difficult to recycle. However, it does repurpose waste that may otherwise be relegated to a landfill. According to an infographic on the company’s website, 10 liters of wine generates 2.5 kilograms of grape waste which can be turned into one square meter of Vegea.

Using fish skins for clothing is not a new concept; it was used by Indigenous communities in present-day Japan and Canada for centuries, but recently, modern brands are taking inspiration from the ancient craft. Salmon leathers are popular because of their strength and flexibility, but it can be hard to track down salmon that are large enough to offer industrial size qualities of the material. While salmon leather can be found on Etsy, larger brands have begun to turn pirarucu skins into leather. The giant freshwater fish are already caught along the Amazon river for food, so using their skins ensures that the rest of the fish isn’t going to waste. A luxury Brazilian brand called Osklen uses pirarucu leather for 48 percent of its leather needs.

In 2019, a bioplastics startup called Chip[s] Board created Parblex, a pure or fiber-reinforced bioplastic that can be used for fashion or interior design. Parblex is made from potato waste provided by McCain Foods, which the New York Times has dubbed as the world’s largest manufacturer of frozen potatoes. The plastic is currently used for Cubbitts’ glasses frames and for buttons by Isabel Fletcher.

Every year, 110 to 120 million tons of citrus waste is generated worldwide. In 2014, an Italian-based team saw a way to repurpose this waste, and thus Orange Fiber was born. Orange Fiber is made from the byproducts of Italy’s citrus juice industry and can either be spun into its own silky recycled textile or be blended with conventional silk or cotton for other purposes. The material gained great attention when the model Karolina Kurkova wore an Orange Fiber dress to the Green Carpet Awards in 2017. The high fashion designer Salvatore Ferragamo gave it his own stamp of approval when he incorporated Orange Fiber into a capsule collection. Orange Fiber products are also accessible for the average consumer, thanks to H&M’s Conscious Collection.

While many of these fabrics are still out of the average college student’s price range, these materials are certainly something to keep an eye out for as they become more widespread and accessible. There is no doubt that products like the ones above are the way of the future, both in fashion and in food.

What to do with the kids this strike day Friday Feb. 21