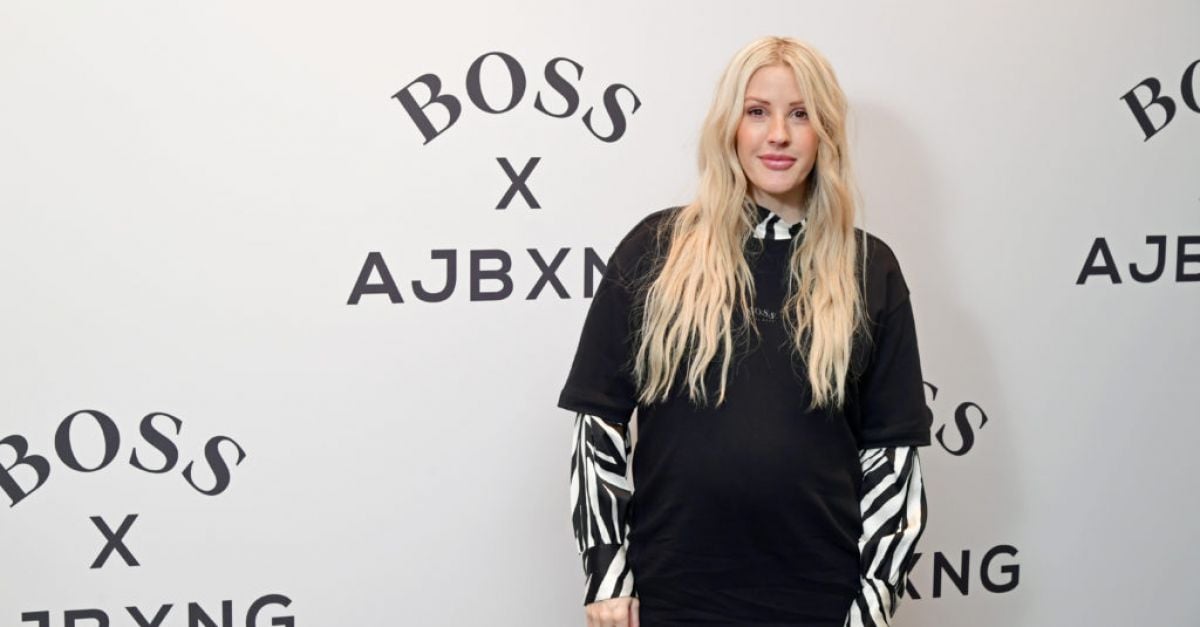 Ellie Goulding has made her first public appearance since announcing she is pregnant with her first child.

The star, 34, showed off her baby bump at the launch of boxer Anthony Joshua’s fashion collection in collaboration with Boss in London’s Regent Street.

Goulding, who is 30 weeks pregnant, wore a baggy black jumper and zebra print shirt as she posed for the cameras.

She was joined by Joshua, 31, who smiled as he raised his fists towards the camera, while members of the Kurupt FM music group also attended.

Goulding revealed in an interview with British Vogue on Tuesday that she and art dealer husband Caspar Jopling are expecting.

She found out she was pregnant on their one-year wedding anniversary and said it had come as a surprise to them both.

She told the magazine: “That was not the plan. The thought of getting pregnant didn’t seem like it could be a reality. Becoming pregnant kind of made me feel human.

“I want a better word than womanly, (but) I have curves I’ve never had before. I’m enjoying it. My husband’s enjoying it.”

Hollywood star Reese Witherspoon, presenter Fearne Cotton, singers Ava Max and Nina Nesbitt and comedian Daisy May Cooper were among those who sent their congratulations following the news.

Goulding and Mr Jopling tied the knot in a glamorous wedding at York Minster on August 31, 2019.

The chart-topper wore a traditional bespoke wedding gown with a veil and train designed by Natacha Ramsay-Levi for Chloe, while Mr Jopling opted for a suit from Savile Row tailors Huntsman.

AlSalam Specialist Hospital: Tips on how to nurture your children’s growth