While it is well known that an initial failure and a shift in career interest are what made the biggest success stories of our time — think Jeff Bezos of Amazon who started his career in banking before his domination in e-commerce — you might not be aware that the masterminds behind the largest and most influential brands in the fashion industry share similar success stories.

Fashion has always been diverse and (we dare say) complicated today. While it might appear that the most common route to venture into the industry lies with an education in fashion design, history says otherwise. Coco Chanel’s humble beginnings started with aspirations as a stage performer, the late Karl Lagerfeld was skilled as an illustrator and Yohji Yamamoto was an attorney-at-law before becoming a pioneer in anti-fashion.

How has this become a common thread within an industry that demands seasonal creativity above all else? The answer is simple, it takes more than just the knowledge of design and craftsmanship to execute four to six collections annually in a saturated industry worth 2.2 trillion US dollars. To look at fashion only by its surface would simply lead to short-sightedness; having multiple perspectives attribute to success in creating products that consumers truly desire, while negotiating with creativity and authenticity as each season passes.

Below, we examine how contemporary designers such as Virgil Abloh, Miuccia Prada and Anthony Vaccarello’s past passions have influenced their unique perspectives on fashion. 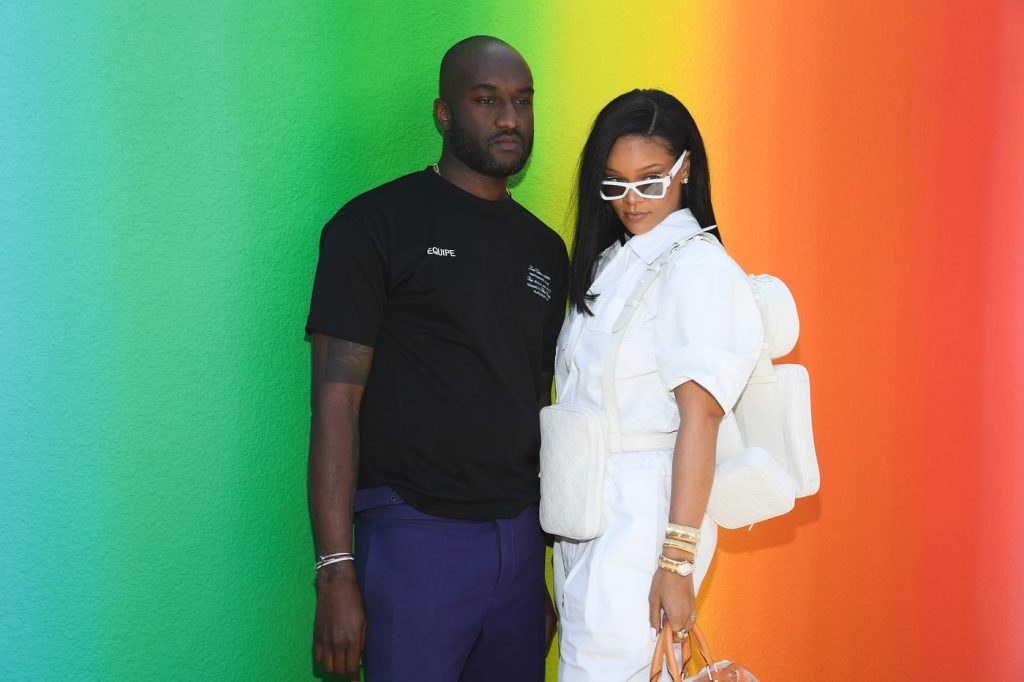 Virgil Abloh, now Louis Vuitton menswear artistic director, had a very different career start. He first pursued a Bachelor of Science degree in civil engineering and received a Master of Architecture, which he designed T-shirts and wrote about fashion. It was then he met Kanye West, who pushed his career to the unexpected. His cherished relationship with West would grant him a cult-status as not only a designer, but as an artist. 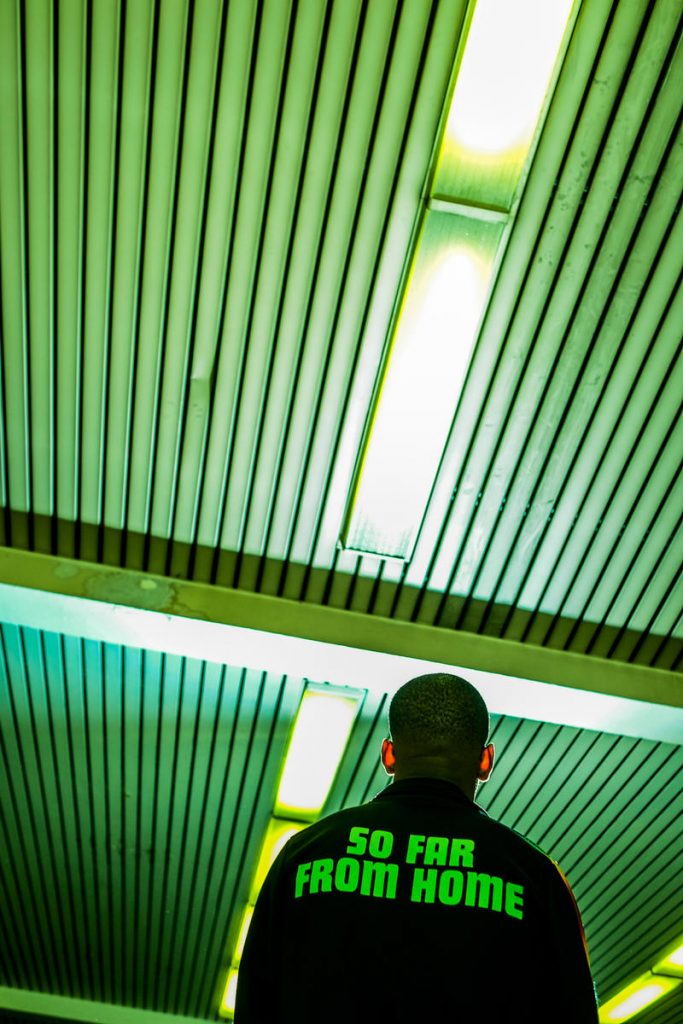 He founded Off-White, the high-end streetwear brand famous for its zip-ties and barricade tape prints, in 2013. It was then we saw the notoriety of his usage of graphic design in his clothes — just one of the many art & design elements that will transpire his influence in contemporary menswear and the creation of considered and direct clothes.

At Off-White, Abloh often referenced classicism and modern art in his designs and the synonymous brand. Luxury-meets-street is the core of Abloh, where he would blend luxury fabrics with streetwear ideals with his designs — a compromise we now see dominating the runways. Even his stores are riddled with modern art references.

While at Louis Vuitton, the same idea takes on a different (perhaps better) playing field. His debut menswear collection, Spring/Summer ’19 saw raw and industrial elements mixed with familiar heritage luxury materials. Much like Off-white, the idea of combining both luxury elements and street-styles is more obvious and literal. 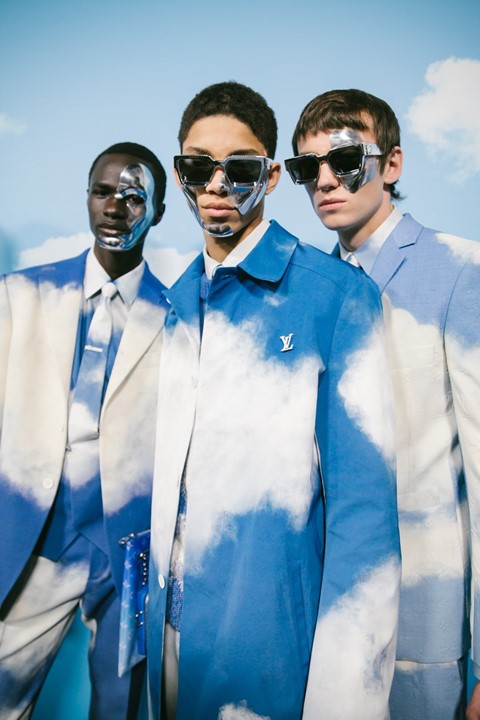 For his recent and stunning Fall/Winter ’20 collection, Abloh references hyper-realism (yet another graphic design/high-art/architecture influence) with his parade of graphic cloud prints juxtaposed over luxury tailoring. 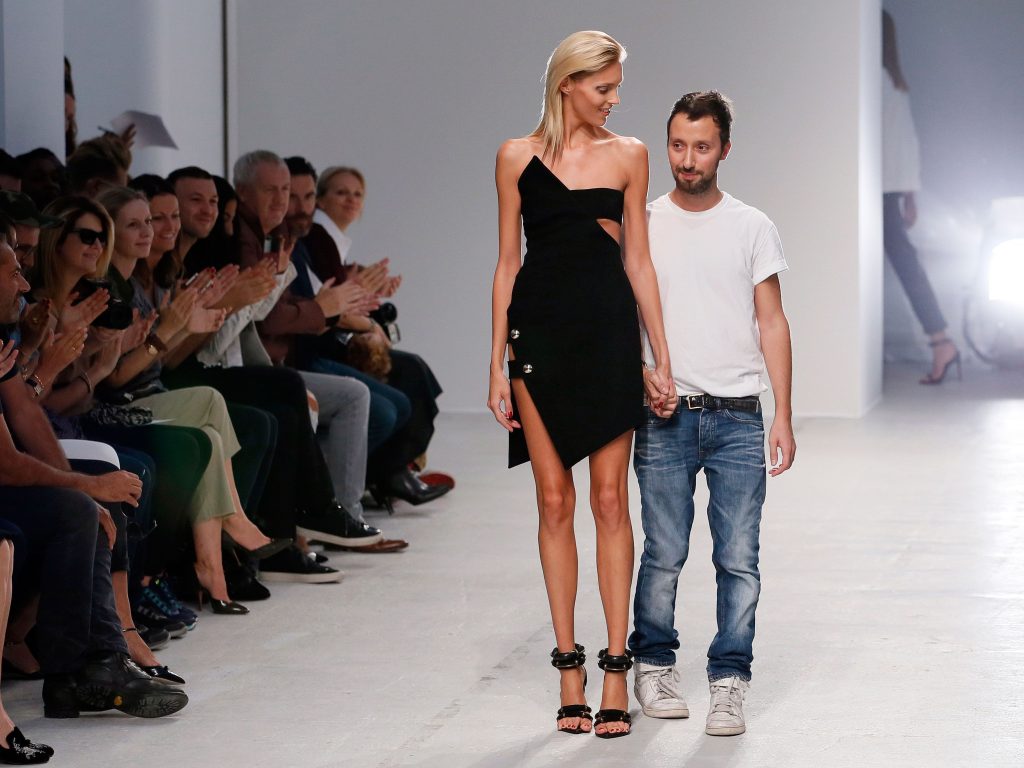 What do sculptures, Paris and Saint Laurent have in common? The answer, Vaccarello. The artistic director of Saint Laurent studied to be a sculptor before switching his studies to a fashion course. He worked under Karl Lagerfled with a specialisation in fur design before moving on to create multiple capsule collections for Versus Versace. 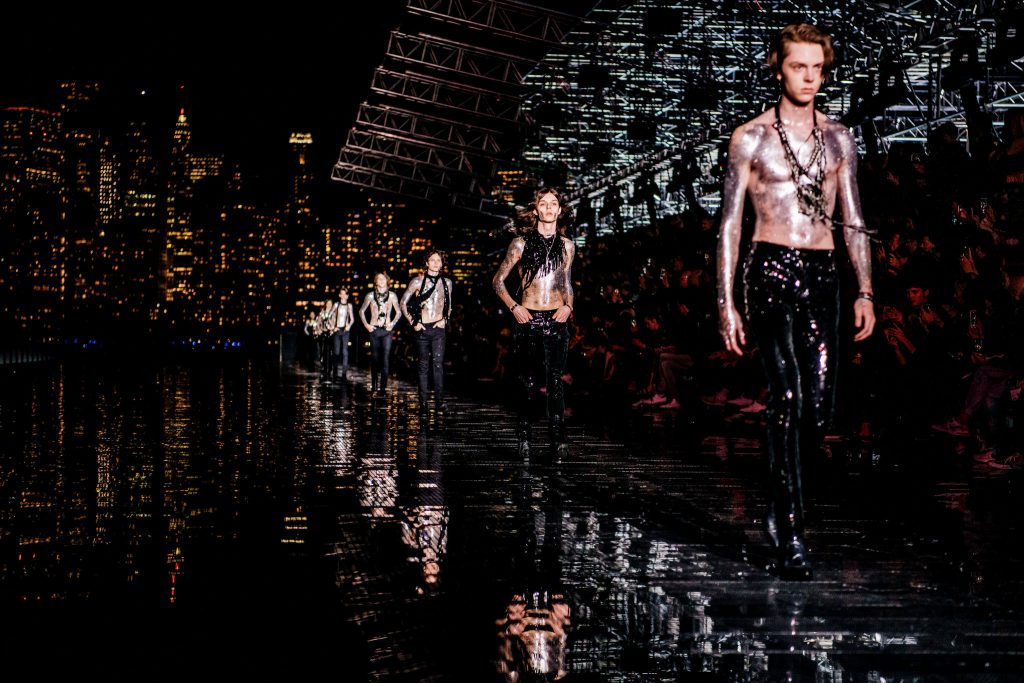 He was appointed creative director at Saint Laurent in 2016, and has since studied the brand image during his tenure. To date, Vaccarello’s vision of a modern Saint Laurent man is the closest to what founder Yves Saint Laurent proposed in Paris decades ago.

With an eye on sculptural objects, Vaccarello embodies the ethos of the Saint Laurent spirit and dress (or should we say sculpted) with a tribute to Paris. His designs are ubiquitous of a French spirit — the sophisticated attitude of dressing and a willingness to always appear dressed for a party. 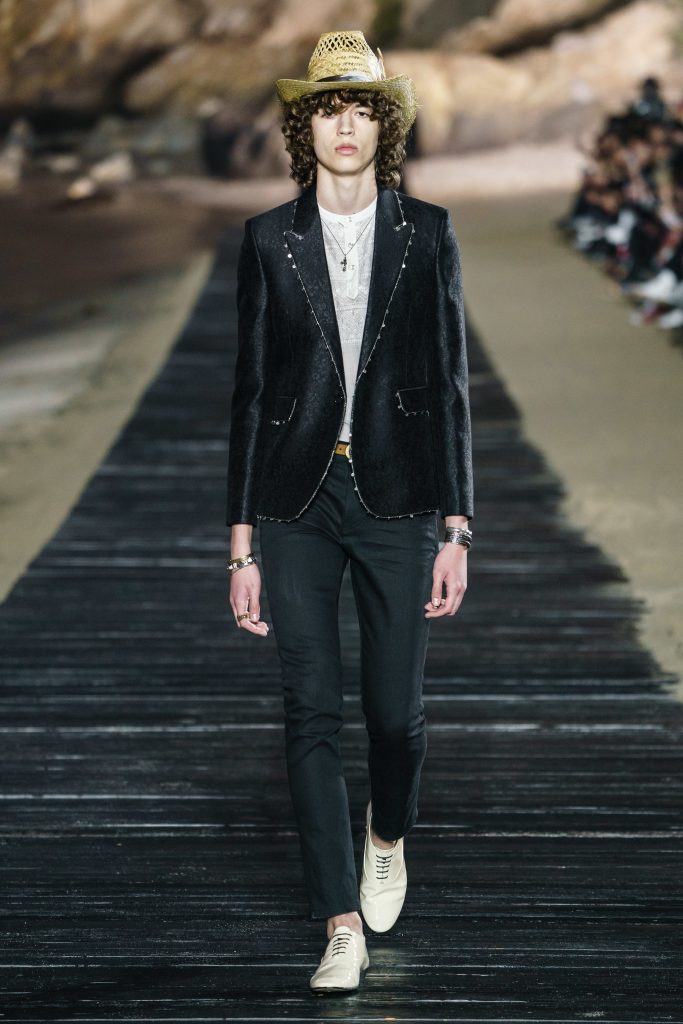 The art of sculpture making is similar to that of dressmaking. His materials and resources need only be focused on the human body and the French spirit instead of raw materials. This can be seen translated to the Spring/Summer ’20 collection, where he envisions Paris taking flight to the beaches of Miami, which is perhaps the grandest sculpture he has ever produced. 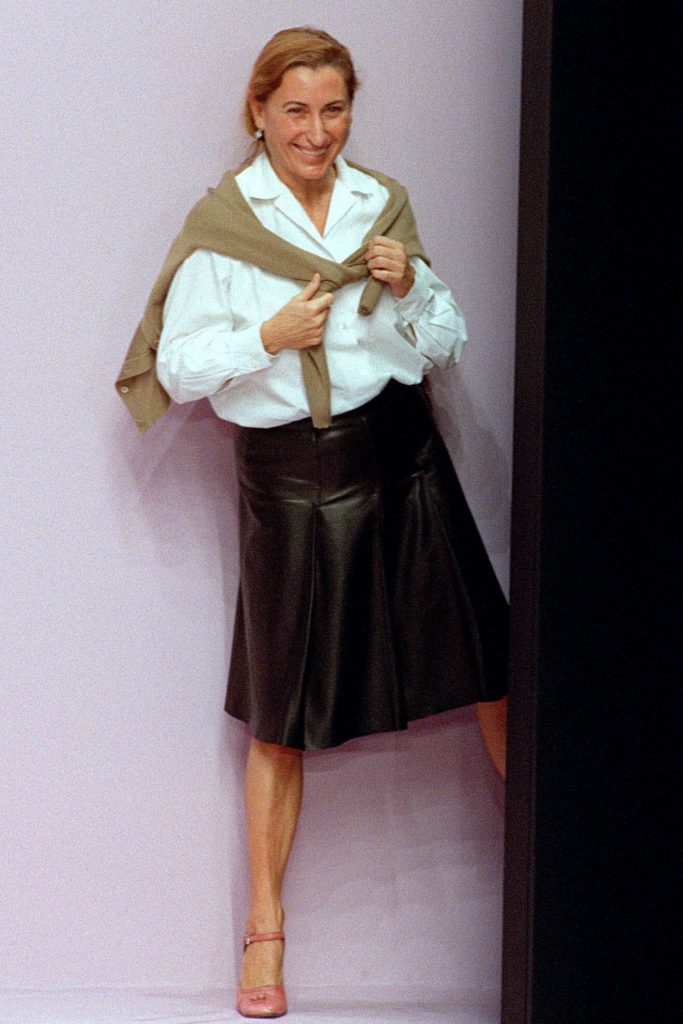 Miuccia Prada — Prada, Miu Miu
Famed designer at Prada and Miu Miu, Miuccia Prada once helmed the world of politics and the artistry of miming. Graduating with a PhD in political science and a committed leftist herself, she turned to miming as an interest in her early years, where she witnessed the avant-garde and the art of subtlety; she has even performed in operas. 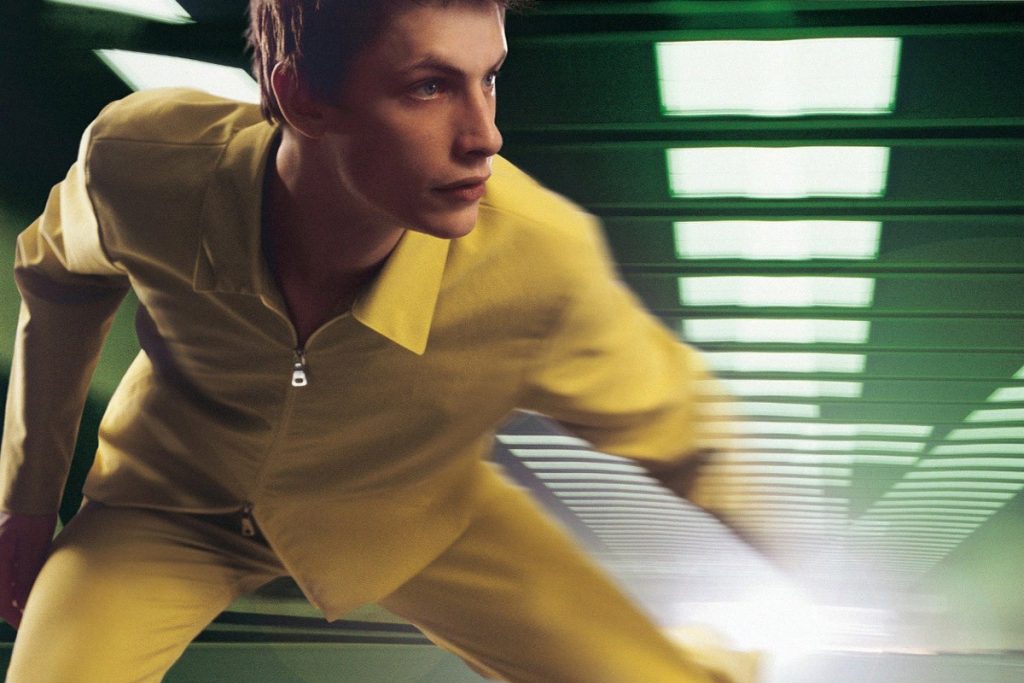 We see that draw in her collections at Prada, where she helmed design roles in 1978 back when the company was still making leather bags at large. She designed the first women’s ready-to-wear collection in 1989 and a subsequent menswear line in 1995. During those periods, her designs were played on subtlety or bold, simple designs. 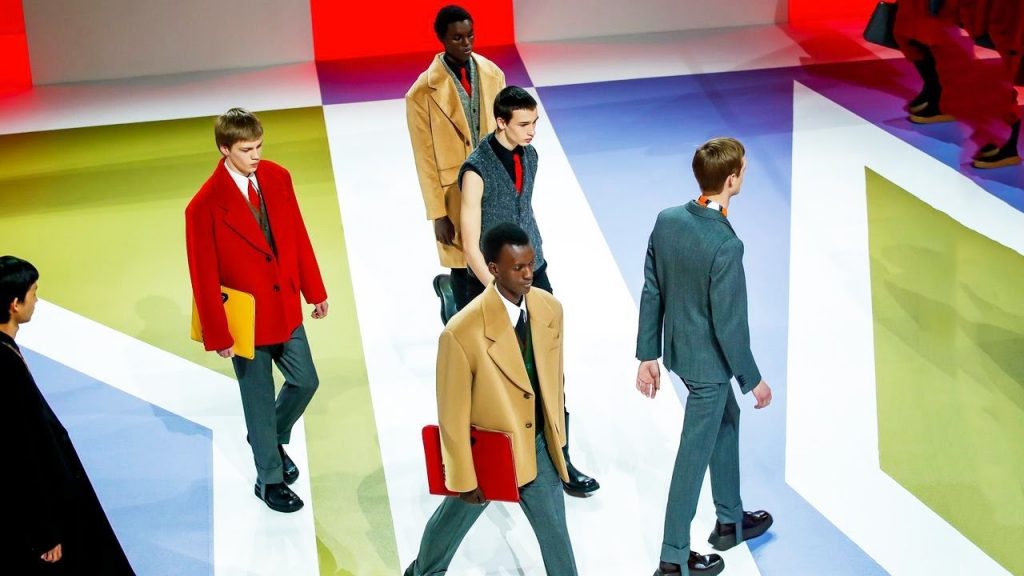 Never too loud, but always tasteful and unique. Her appreciation and perspective of the avant-garde still stands today, as seen with the Fall/Winter ’20 collection. Bold colours surpass pristine cuts of silhouettes where her eyes were turned by refined cuts of everyday wear and the art lover. If anything is for sure, her take on fashion will continue to influence style for decades to come.

Sophie Turner Shared the First-Ever Pics From Her Pregnancy