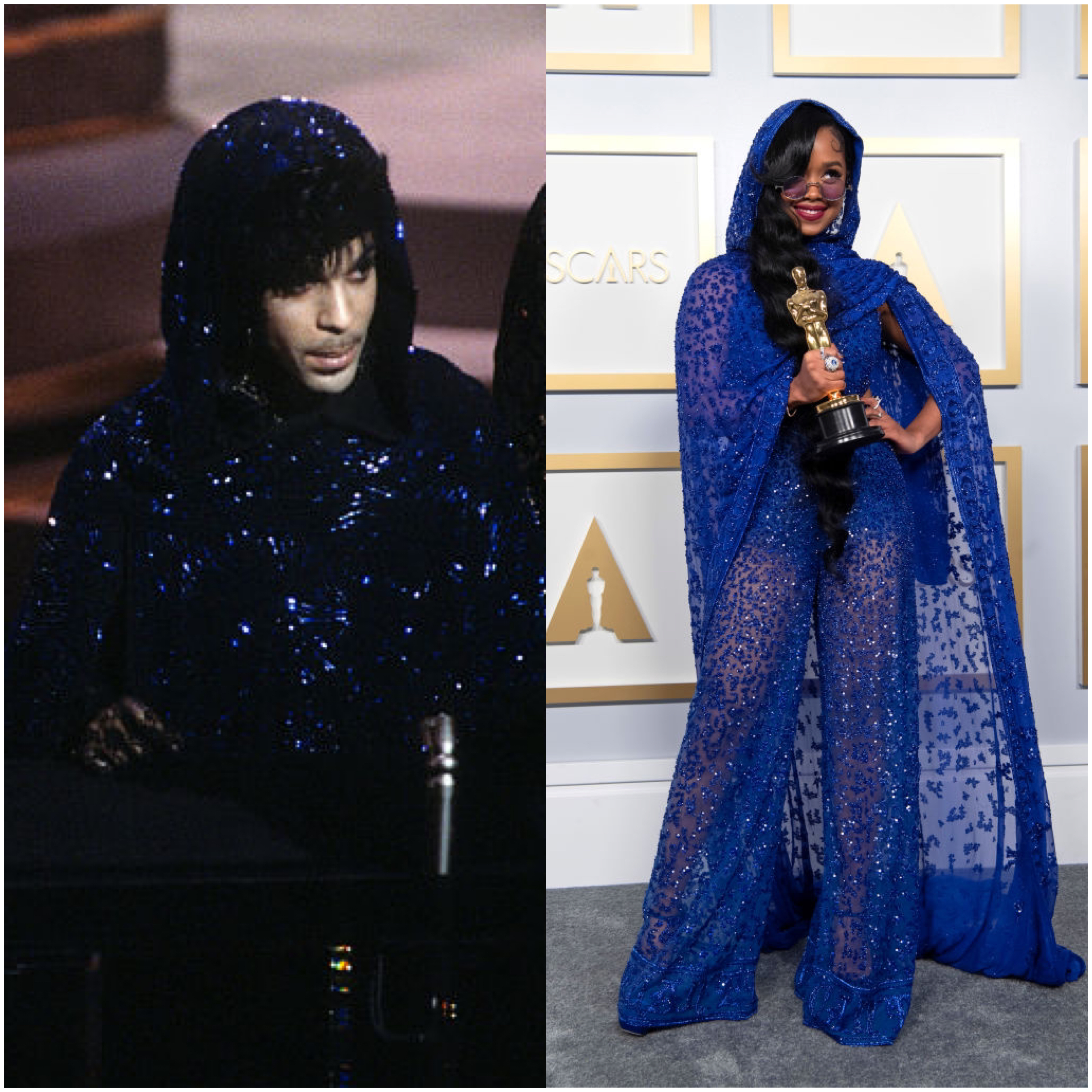 Looks like H.E.R. set her intentions when she wore a Peter Dundas ensemble to the 2021 Academy Awards. The near-EGOT recipient paid homage to Prince by wearing a custom piece that resembled the outfit he wore to the Oscars in 1985.

In a series of photos posted to H.E.R.’s Instagram page, she wrote, “THE INFLUENCER AND THE INFLUENCED. I’ve had this picture of him saved for so many years… it was destined for this moment. Thank you Prince

@therealwourivice @peter_dundas @dundasworld the lyrics were on the cape. Thank you so much team #OSCARS”

Prince passed on April 21st, just 5 years and 5 days to the date of this year’s Academy Awards. H.E.R.’s intentional and timely tribute was perfectly executed from head to toe. The legendary artist wore a purple hooded ensemble the night he won Best Original Song Score for Purple Rain. During Sunday night’s Academy Awards show. H.E.R. took home her first Oscar for Best Original Song for “Fight for You” in Judas and the Black Messiah. 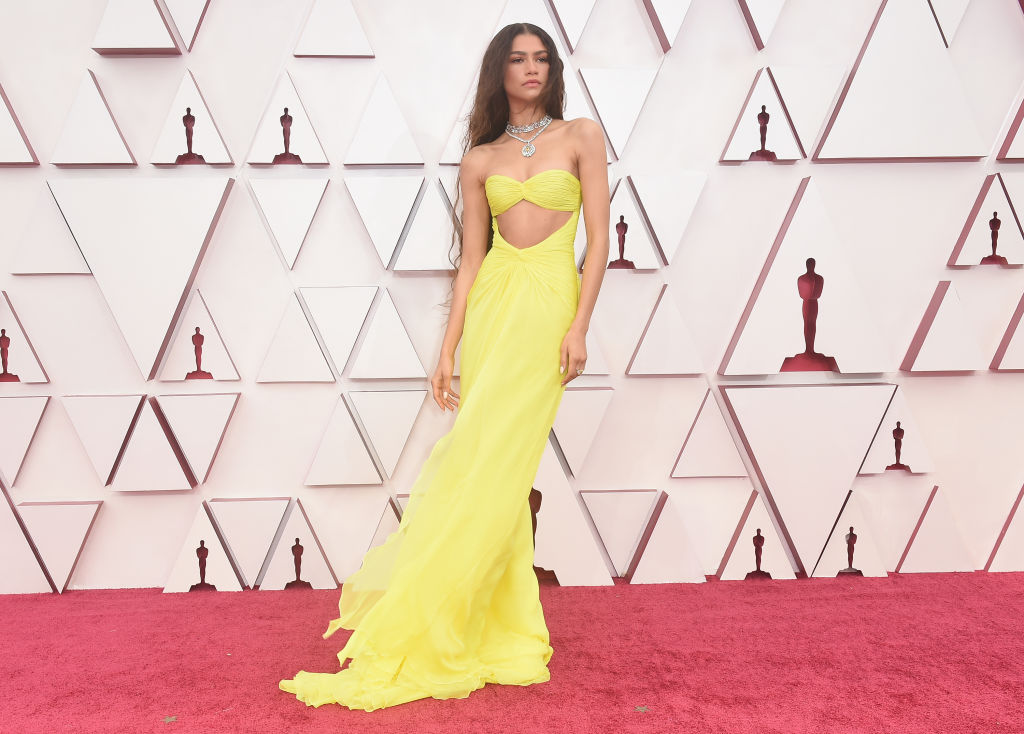 Zendaya Coleman also used the Academy Awards as an opportunity to pay homage to a legendary artist. The Malcom & Marie actress wore a custom Haute Couture Valentino dress inspired by a look Cher wore on a TV show in the mid-1970’s. Both Zendaya and her stylist Law Roach use stylish celebrities as their fashion inspiration. For the Critics Choice Awards she wore a hairstyle inspired by the late Cicely Tyson, and on Essence Magazine’s 50th anniversary cover issue, she paid tribute to supermodel Donyale Luna.

I love that younger artists are using their platforms to pay homage to the legends that have come before them. What do you think? Are you loving H.E.R.’s fashionable Prince tribute?

Chrissy Teigen is Back on Social Media For the First Time Since Her Pregnancy...

7 Pregnancy Subscription Boxes to Boost Your Well-Being While Expecting