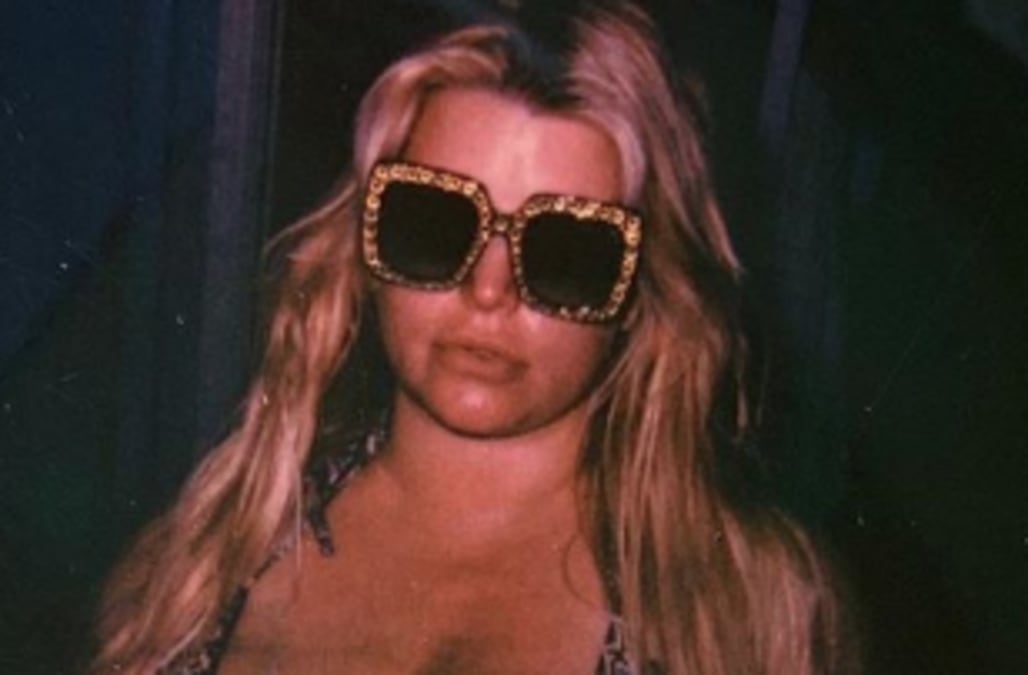 The singer-turned-designer is expecting her third child with husband Eric Johnson, and her latest pregnancy update has fans asking if she’s okay.

Simpson, 38, shared a photo of a polaroid that shows her in a crocheted bikini top and oversized sunglasses as she clutches her huge belly.

“Jess-tation,” she captioned the dimly-lit shot.

See the photo in the gallery below:

After a week in the hospital for bronchitis (my fourth time in 2 months), I’m finally home!  Coughing with Birdie has been a crazy painful journey. I am slowly getting healthier every day. Baby girl was monitored and is doing amazing! 🙏🏼 I am on my way to healthy and counting down the days to see her sweet smile. Sending love and prayers to all the mothers who are going or have gone through this. OUCH

All you moms out there know what it feels like to have your face feel bloated and swell during pregnancy 🙈! Being a #teamipartner and using @teamiblends natural green tea detox mask has been a serious lifesaver right now- it’s gentle on my skin, pulls out my blackheads (AMAZING) and leaves my skin soft and tight. 😍 I definitely stand behind this brand and love that it’s American based and female founded 💃🏻🇺🇸. I hope you ladies treat yourself to an affordable at home spa day and save 25% by using code: JSIMPSON when you get it! #thankyouteami #cleanskincare

Warning…Don’t lean back on the toilet when pregnant 🤦🏼‍♀️

Tight squeeze but I’m pushin’ through

Thank you @lorissaskitchen for these delicious snacks. I love that they were made by a mom to help other moms and dads with healthy snacks to feed their families on the go #sponsored #healthyfamily #whatareyoumadeof #protein #snacks #ad

All leopard everything this Christmas 🎄

To me, beauty truly comes from within and when I feel good in my own skin, and the clothes that are covering that skin, I can project my best self.

FFANY with one of my faves @katyperry 🔥

Baby Girl and I are saying Bye Bye Big Apple

In the comments section of the post, fans were quick to express their astonishment that Simpson is still pregnant with her daughter, who she previously revealed she’ll be naming Birdie. Simpson announced her pregnancy way back in September.

“Girl you are ready to pop,” one user wrote. “Wishing you positive vibes til delivery and beyond.”

“I feel for you it seems like you have been pregnant forever!!!” another person said.

“You poor girl,” another remarked. “So swollen, but you still look gorgeous!”

“Ouch!! Hurts me, bc I’ve been there done that and know the stretch pain and know you’re probably ready for baby girl to be here,” one her her other followers commented. “You’re gorgeous! You’re almost there!”

Others gave her advice like “stay off your feet” and “get a lot of rest.”

Simpson’s latest update comes after months of difficulties throughout her third pregnancy. In addition to suffering from incredibly swollen feet and sciatica pain, the designer was also hospitalized with bronchitis four times in two months. Not only that, but there was also that time that she literally broke a toilet seat.

Jessica Simpson and Eric Johnson are already parents to Maxwell, 6, and Ace, 5.

“Chanel” Costume Institute Gala at The Metropolitan Museum of Art, 2005.

At the LG Phones Launch Party at Soho House, 2010

At the Grand Opening Of The Casino Club At The Greenbrier, 2010.

Jessica Simpson celebrates her Find Your Magic Collection at Macy’s in Herald Square, 2010.

At the Launch Of Jessica Simpson Girls, 2011.

More from Aol.com:
Lady Gaga, Kate Hudson and more step out for the 2019 Daily Front Row Awards
iHeartRadio Awards 2019: See what all the stars wore!
Ben Affleck defends his giant back tattoo

How To Start Homeschooling Your Child, A Step-By-Step Guide

The Top 5 Survival Tips for Motherhood

Natural and Pregnancy Safe Make Up