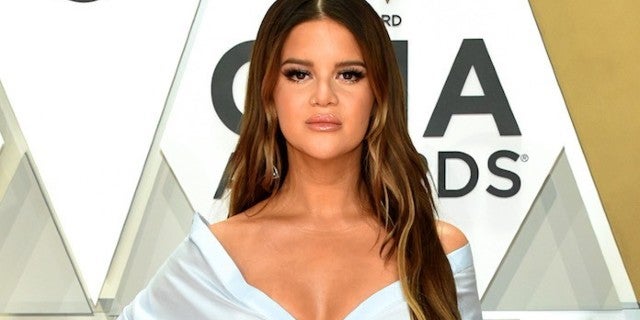 With only a couple months until her due date, Maren Morris‘ stomach is certainly expanding, which she proudly shows off, even if some people criticize her choices. Morris recently gave a humorous comeback to those internet trolls who disparage her decision, in a snappy retort on Twitter.

People will comment on my photos “we get it, you’re pregnant.” I wanna be like, “sorry, bozo but I’m not currently touring and I don’t have any f***ing hair vitamins or tummy tea to sell you. The only thing currently going on for me is my pregnancy!” 😂

“People will comment on my photos ‘we get it, you’re pregnant,'” said the singer. “I wanna be like, ‘sorry, bozo but I’m not currently touring and I don’t have any f—ing hair vitamins or tummy tea to sell you. The only thing currently going on for me is my pregnancy!'”

Morris, who proudly showed off a crop top with her bulging belly earlier this month,also posted another photo, also exposing her stomach, hinting that she, and hopefully her husband, Ryan Hurd, was enjoying some time away before the birth of her son.

back at the farm. #babymoon 🌙 pic.twitter.com/g8CNvIdOKi

Morris and Hurd recently spoke out about the tragic loss of basketball great Kobe Bryant, who perished in a helicopter crash along with his 13-year-old daughter Gianna and seven other passengers.

“My brother never traded me his Kobe rookie card,” Hurd tweeted. “So sad for his daughters and family. Sitting here with my tiny family sending nothing but love to them.”

Morris and Hurd expect their firstborn to arrive in early spring, but even though the baby has yet to arrive, he is already influencing his famous mother’s music.

“This little guy might be a big source of inspiration … I had to write the day that I found out I was pregnant, and I will say, I was writing with the Love Junkies,” Morris told PopCulture.com and other media. “They were the first people I told after I told Ryan, and they were just so excited. They’re all mothers. And so we wrote a little song like to kind of commemorate the news. It might end up on the new record. Who knows?”

5 Super Reasons Why the HUAWEI Mate30 Pro is the King of Smartphones We’ve...

Anne Hathaway Gets Real About Fertility Struggles Amid Her Second Pregnancy

5 tips to prepare your child for going back to daycare

How To Raise Resilient Children