With retail stores closed around the globe, fashion weeks going digital, and industry events being postponed indefinitely, there’s plenty of uncertainty circling the fashion world at the moment. Many businesses and designers have taken the coronavirus-spurred shutdowns as an opportunity to revaluate their role in the fashion system. Virgil Abloh, the designer at the helm of Off-White and Louis Vuitton men’s, has even gone as far as to question fashion’s significance altogether.

In a short video published to his Instagram today, the designer muses on the subject, saying that he’s analyzing if “fashion with a capital ‘F’ is still relevant–I believe it is–I’m just investigating into it.” 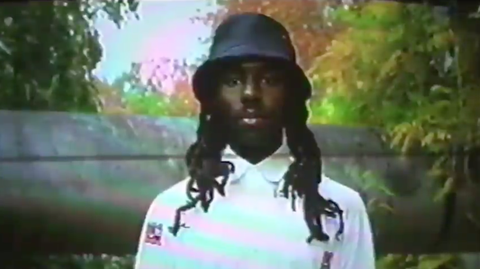 As the caption of the video announces, “I think in run-on sentences,” Abloh shares a stream of consciousness exploration of this idea through reflecting on his own work. Accompanied by hazy visuals from his collections and behind-the-scenes clips, Abloh touches on some sources of inspiration for his designs. From funk band Jamiroquai to rock legend Curt Kobain, music provided several points of influence for him. He also connects this to his own design process and the collaborators he works with, saying that many artistic professions–whether in writing, music, or architecture–can operate in similar ways and that it’s the thought process that inspires him rather than their relationship to their work.

Through sharing his own thoughts on the significance of fashion, Abloh acknowledges that a designer’s ability to question the system is now more important than ever.

Dalma Mall induces nostalgic moments for a gathering of over 15000 fans with Arabic...