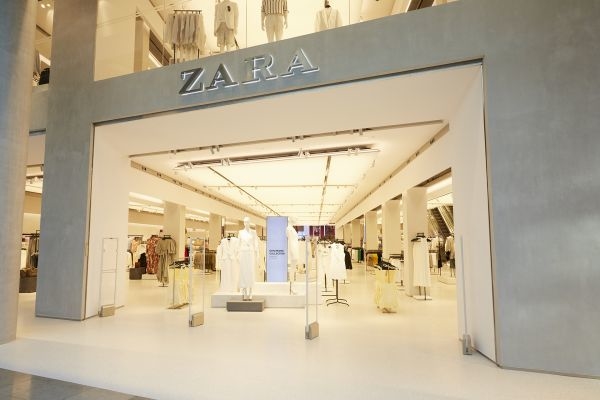 Zara has announced plans to use completely sustainable fabrics by the year 2025.

The Spanish fashion giant and the additional seven brands owned by its parent company Inditex are set to use 100% organic, sustainable or recycled cotton, linen and polyester by the deadline, the Inditex executive chairman Pablo Isla declared at the group’s Annual General Meeting this week. Together with viscose – which will reach the target by 2023 – the three fabrics make up 90% of the raw materials purchased by Inditex.

The group will also focus on eliminating the use of plastic bags – a benchmark already achieved by Zara, Zara Home, Massimo Dutti and Uterqüe – by the year 2020, and work on making 80% of the energy used across its stores, logistic centers and offices renewable over the next five years. Zara is on track to achieve an eco-efficient store platform by 2019, with the rest of the Inditex brands following in 2020.

The group will also extend Zara’s at-home used clothing collection service, which currently runs in Spain and China, to include Paris, London and New York.

“Sustainability is a never-ending task in which everyone here at Inditex is involved and in which we are successfully engaging all of our suppliers,” said Isla. “We aspire to playing a transformational role in the industry.”

Inditex is one of a number of major fashion groups doubling down on sustainability: earlier this month, Levi Strauss & Co. unveiled a series of science-based targets to cut greenhouse gas emissions in its owned-and-operated facilities by 90% by the year 2025. Sportswear giant Puma recently announced that it wants to reduce its greenhouse gas emissions by 35% by the year 2030, while Ralph Lauren and Burberry made similar pledges. June saw Gap Inc. announce plans to open a new innovation center in 2020 focused on reducing water waste within the textile industry, while Chanel revealed that it had taken a minority stake in the green chemistry company Evolved by Nature.

This article is published via AFP Relaxnews

Nike’s Latest Ad Will Make You Stop and Think. Why Every Brand Should Take Notice

School closed due to the coronavirus? Tips to help parents cope

What to feed your baby? New dietary guidelines weigh in on pregnant women, infants...

When a Cause Meets Fashion

How to Tackle Diabetes As A Pregnant Women?