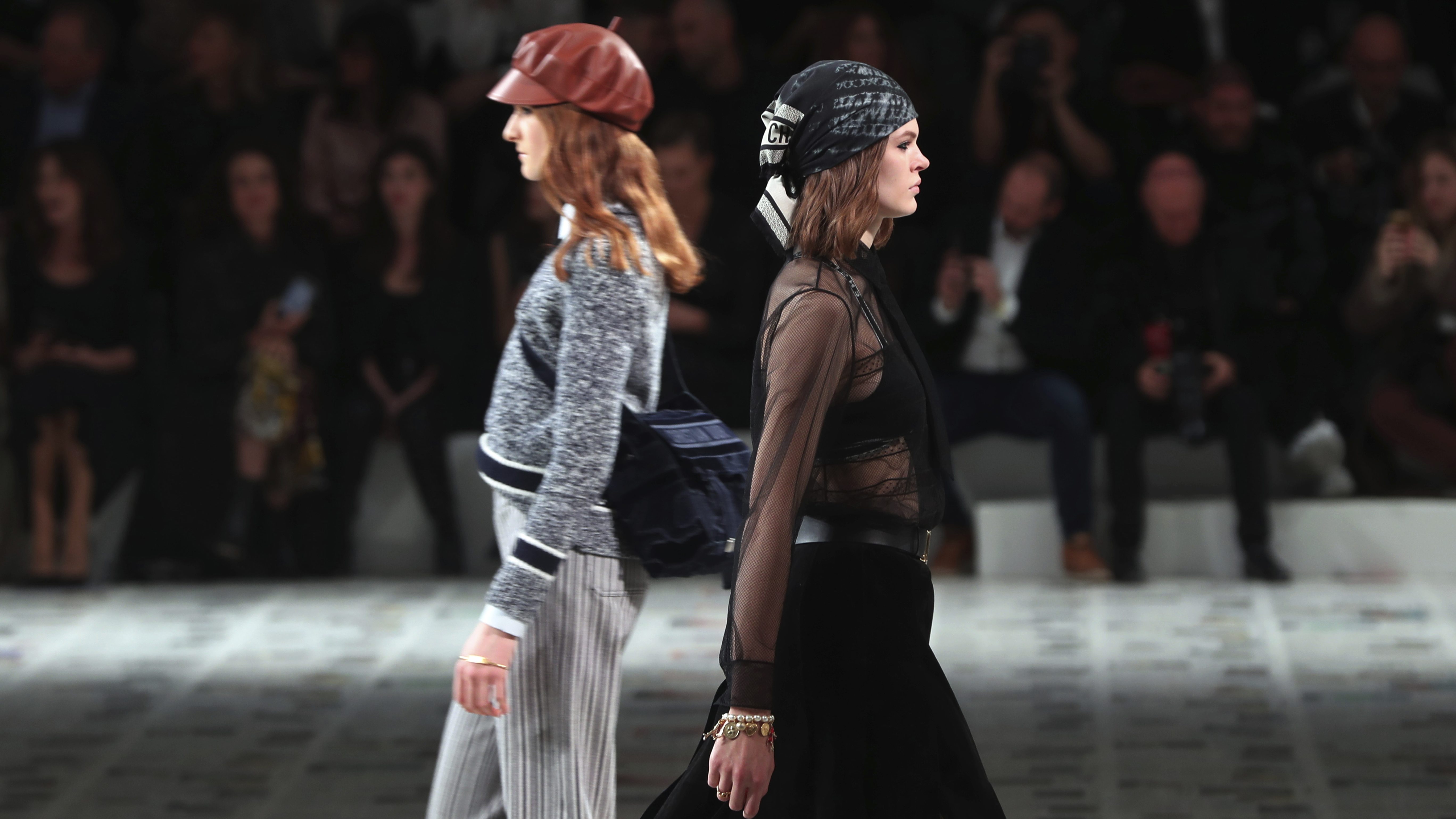 Since Covid-19 swept across western Europe in February and March and threw that season’s fashion shows into disarray, the industry has been wondering what the future of runways might look like. While the safety of large in-person gatherings was still being questioned, some events were canceled or moved entirely online, raising the question of whether fashion shows might reinvent themselves as purely digital events.

The Fédération de la Haute Couture et de la Mode (FHCM), the governing body of French fashion, has its answer. The Paris Fashion Week women’s shows will take place as usual—which is to say in real life—from Sep. 28 to Oct. 6, the group said in a release today.

The shows will comply with the recommendations of public health authorities, though it’s unclear what safety measures that might entail, such as mandatory masks or a limit on guests. Even before the announcement some brands were considering how their physical shows might still happen. Dior said the upcoming July show for its Cruise collection—one of the intermediary seasons fashion has devised between spring-summer and fall-winter—will be live but without guests, and hoped its September show would have at least some audience, if not a full room.

Either way, physical fashion shows will continue to exist. A reasonable question to ask, however, is why?

These crowded, glitzy rituals have long been an integral part of the fashion business, but their relevance has more recently been in doubt. Staging a show can be costly, and the idea of presenting a collection four months before the items will arrive in stores is arguably outdated (paywall) when consumers see everything immediately on social media and want it right away. Besides, technology such as social media and live streaming has made it so fashion companies can connect with customers without the once-needed intermediaries of the fashion press.

That same press and other industry insiders often complain of the grueling slog and expense of traipsing from city to city to watch shows lasting a few minutes each. Some designers have argued the disruption of the pandemic offers an opportune moment for the industry to reset obsolete practices. Why don’t fashion shows simply go digital then, particularly given the health risk in not doing so?

One reason is the nature of the product. Clothes are tactile, three-dimensional objects. Seeing them in person is different from viewing them solely in pictures. The distinction is important for store buyers, press, and others in the industry. Fashion weeks are also where many designers set up showrooms for buyers to examine their wares, and serve as places for industry insiders to gather. “If shows were live streamed, I would try,” Natalie Kingham, fashion and buying director of London-based retailer MatchesFashion, told Vogue in March. “But buying purely from line sheets is challenging, never seeing the fabric and fit.”

Not least, fashion shows are marketing events, and they have an atmosphere—from the location to the music—that doesn’t easily translate digitally. “Even if the current situation has led to a great deal of innovation in online projects, nothing can replace the physical event,” Pascal Morand, FHCM’s executive president, told trade publication Business of Fashion (paywall). It’s like the difference between watching a sporting event on TV versus live. There’s a reason fans go to games.

From Zara fashion to US$17.2B in global real estate

Coping Tips To Get Through A Challenging Pregnancy

From birth to burpees: How to safely ease back into a fitness routine after...